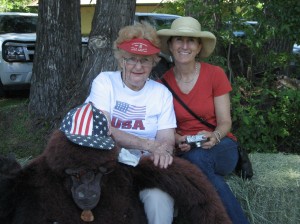 I have to share a recent Bozeman Chronicle article on the MSU leadership students with whom I have worked over the past semester.

11 students presented how they hope to make a difference in their homes and communities. And the audience was transfixed.

I posit it was because each student had found the magic balance of conveying both a plan and passion. They had done their research AND shared what makes them excited to get up in the morning. Again, it makes me a believer in the magic formula of leadership being equal parts head and heart. Draw me in with your enthusiasm, then keep me on your team with clear communication, mutual respect and scholarship.  These students reminded me why this is my new end-of-the-semester addiction!

I want to add a related example on the power of passion before closing. Here’s the introductory paragraph I sent the Chronicle detailing my impressions of the MSU Leadership Foundations program before this event:

“Our Leadership Foundations students inspire me to have sincere hope in the future. As the instructors, Dave Meldahl and I challenge these students at the beginning of the semester to consider how they want to help, which is our broadest definition of leadership. How they rise to our challenge! In the past year, I have watched our Leadership Fellows start a non-profit to help at risk kids, volunteer as our Montana Student Regent, take the helms of two fraternities and expand a school in Tanzania. During these presentations the students commit to action and I have been consistently impressed with how they are then following through. It is an honor to be part of the Leadership Fellows program and to support these students’ success.”

Now…check out which of my quotes was chosen for the article!

I wish you all a wonderful and heart-filled holiday season.

Fall term has begun at Montana State University and I am once again teaching two sections of a leadership course I was lucky enough to design. So, Mondays and Wednesdays 30 students and I explore what is leadership and why it matters.

Since I designed the course, the overarching definition for a leader comes from one of my favorite quotes by Meg Wheatley — “A leader is anyone who wants to help at this time.” 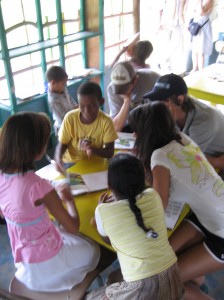 So in my class, if you care,  you are a leader. This broad definition keeps all of us on the hook to learn leadership skills over the semester. The students are then accountable to apply the techniques through service learning. I’m also constantly reminded that because I want to help the students, I am leading until December 15th when the semester closes out.

I also like this big definition since it keeps me on the look out for what I like to call, “every day leaders.” These aren’t folks who are holding formal management roles, but ones who are simply trying to help. Today, I’d want to pass along two such leaders that inspired me over the past week.

First, check out this story by Joyce Hackett from Liberty Mutual’s Responsibility Project website (click on the link). Here the small act of observation combined with storytelling could profoundly change lives. The just act of reading this essay touched mine. I’d call Joyce’s courage to act and honesty admirable leadership skills.

And second, I have to pass along how Amy Pankratz of Souix Falls, South Dakota impacts lives around the country while serving as a stay-at-home mother of three.  This too is leadership in the highest degree. Notice how she:

Is this not what we are calling for from our board rooms and corner offices?

I hope you enjoy her story.

As I was tracking the World Cup statistics from FIFA.com, I found myself recalling a local soccer match I had watched with my mother a few weeks ago. Based in California, my OD consultant mum was in town for the weekend and accompanied our family to Billings for a state tournament.

We both shook our heads as we witnessed the teenaged girls on the field struggling. A month before we had seen this same team play with success and hold strong against their opponents.  “Well,” I remarked, “we’ve both now got a great leadership case study to share.”

This was a set of strong players who played in the fall on a rarely-defeated high school team. Some are fantastically aggressive defensive players, others can run like the wind, and still others have beautiful ball handling skills. Yet, hearing the coach yelling at the girls from the sidelines, I figured she had not gotten the memo on why managing from your team’s strengths is a winning strategy.

As we caught snippets of the coach’s assessment of what the girls were not doing right, I was reminded of a manager from the beginning of my career with IBM. A favorite story whispered around our department recounted when our manager, we’ll call him Bill, began giving one of our senior software developers, Terry, some actions to complete. As Terry listened and mentally noted the “to do’s,” Bill couldn’t stand it. “Pick up the pen, here’s a piece of paper. Now, write this down,” he stammered.  That Terry was African American and probably 10 years Bill’s senior made this slight even more inappropriate. Bill was the same manager who asked me if I was going to have children because that might affect if I could continue to be “on the fast track.”  Perhaps he missed the interpersonal skills, sharing confidential information and EEO sessions during manager’s training, but we were all quickly looking for ways to escape his leadership.

Tell me long enough I am a bad employee/soccer player/partner and I’ll probably begin to believe you. In contrast, focus on what I am good at and notice how I square my shoulders, show up and perform well.

Strengths-based leadership is the concept of focusing on what team members do well, while giving each the opportunity to improve our skills in other areas. As one high tech sales executive illustrated for me, “A new sales rep will land in my office and say, ‘I can’t write,’ and I have learned to say, ‘Let’s not worry about that now, because I know that you are great on the phone. Focus on selling on the phone, and if you’d like to learn to write better we’ll work on that later.’ By acknowledging everyone’s strengths, I have a top-selling sales team.”

A Gallup survey of more than one million work teams, which also conducted more than 20,000 in-depth interviews with leaders, tracked why participants followed the most important leader in their life. The research uncovered that, ” the most effective leaders are always investing in strengths. In the workplace, when an organization’s leadership fails to focus on individuals’ strengths, the odds of an employee being engaged are a dismal 1 in 11 (9%). But when an organization’s leadership focuses on the strengths of its employees, the odds soar to almost 3 in 4 (73%). When leaders focus on and invest in their employees’ strengths, the odds of each person being engaged goes up eightfold.”

A friend asked me to come into her 5th/6th grade classroom last week to tell a story. When I arrived, one of the 12 year olds looked me right in the eyes and said, “You are the best storyteller.” Another added, “I love when you tell stories.” When my friend hugged me and told the class that I was giving them a wonderful gift by dropping by and that they were so lucky to have me, I thought, “what a contrast to the soccer weekend.” Instead of doubting myself as those teenaged athletes did, I sat up straight and delivered a tale from China as best I’ve ever told it in the past 10 years. I bought their assessment of me, just as we are all prone to do.