As I read about the world’s mourning rituals I notice that you can catch a cold, you can contract the flu, but you can also get a case of sadness or joy from another. Emotions are contagious, which is not such a bad thing. 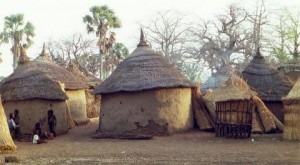 When I was pregnant, I didn’t think that the viral nature of emotions was good. I couldn’t watch intense dramas; “Shindler’s List,” “The Joy Luck Club” or “Life is Beautiful,” were far from my viewing list. I could bearly watch a happy sitcom on TV since there might be one of those “times of your life” commercials that could set me into tears. In that state, my emotional radar was so strong that I could sympathetically cry about just about any moment. It was embarrassing.

Now far away from the prenatal stage, I recognize that there are still times where being exposed to another’s grief or hardship can get me weeping. For example, when I’m struggling, I’m leery of situations or films that will bring up sadness. I want to hide out and be entertained with fluff. Yet, I am hiding, not truly coping, and in that lies the core reason for communal grieving.

Around the world, we can find long lasting rituals that push us to face and move through the sadness of loss. In Ireland and Scotland for example, the practice of keening or a vocal lament over a corpse was popular from the sixteenth century on. Women, often paid for their services, would recite list the lineage of the deceased, poetically describe those left behind and literally sing his praises. This practice continues in parts of rural Greece where elder women of the community sing laments at funerals, memorial services and during exhumation.

These songs appear to have the same effect as watching “P.S. I Love You.” Those grieving are moved to tears. Yet, they are expected to stay relatively under control so they can follow the singing. In Greece, if a widow were to lose control and begin shouting for example, the rest of the mourners would move her back to her seat so that she can listen to the laments and quietly weep.

In tribal culture of western Africa, communal grief rituals are created when a major loss occurs. Meanwhile during the ritual, others in the community are expected to describe their own tragedies and sadness so together the tribe can move to the other side of mourning. You might begin by recounting how you miss your deceased aunt, yet I would be expected to add how I am suffering with the loss of my grandfather and the sadness I feel that life is so short. Here too people lament until they are moved to face the source of suffering and allow it to be seen and processed.

Ritual seems to be created to keep the grief on track. We are required to stay with our sadness instead of being distracted by the injustice of the loss and running down the path of rage or blame. What is gone, is gone and we are to simply face it.

So how might I translate this knowledge to my drama vs. romantic comedy dilemma?

Lately, I have been watching what type of emotion I am trying to avoid. Is it I don’t want to witness sadness? Do I want to run from others who are afraid or anxious? Struggling with facing the reality of injustice in the world? Starting there, I try to identify which emotion has me on the run.

Then I attempt to just allow that feeling to be within me. For example, I was avoiding the natural sadness that comes with sending another son off on an exchange program on Friday. It didn’t seem right, since it is mixed with huge joy for his next adventure; I didn’t want to be sad and happy at the same time. However, I noticed that I instead had been wanting to hide from anything emotional…generally, not a good practice.

I realized I had some internal clean up to do. To push myself along, I looked at pictures of when he was a toddler and thought of our dear boy as a baby…a bit masochistic I know, but it really helped. Essentially created my own little lament. After allowing happy/sad/nervous to be fully present, I now find I can better participate in his last week home.

What is equally important for me is to be comfortable enough with my own grief, so I can show up for another in a similar circumstance. We really need community when we are struggling. As in my last post on Job, it is when we can stick with someone as they experience scary emotions that we shine as friends…and as parents.

One thought on “Emotions are Contagious”