For it is in giving we receive – Saint Francis of Assisi 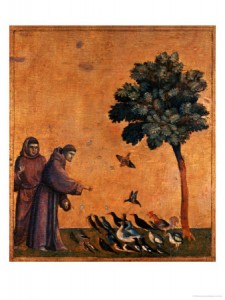 I know something to be true. My friend Jerry White, has built his organization, Survivor Corps, around this same fact — if you want to fully return to your life after tough times, it is critical that you give back what you have learned to a greater community.  To make it home from the journey through loss, we must find a way to help others. It moves us outside ourselves and as a lovely Moroccan colleague described, it reminds us that we are not alone in our pain.

Strangely, I have yet to find this truth explicitly stated in the world’s death and mourning rituals.  It may there and I’m missing it, or it is such a basic practice that it goes without saying. Are those who have grieved expected to be the first to support those in mourning for example? I invite you to send examples from other cultures of those after surviving loss or initiation, who are then required to support others through a similar journey.

This truth resounds throughout leaders of the twentieth century. Austrian psychologist Viktor Frankl used his experience as a prisoner in three concentration camps to help others when they were suffering throughout the rest of his life. As he described in his seminal book

, He believed that it is critical that we help others to recover; that “Man’s search for meaning is a primary motivation in his life.”

, Bill Wilson, once wrote, “While I lay in the hospital the thought came that there were thousands of hopeless alcoholics who might be glad to have what had been so freely given me. Perhaps I could help some of them. They in turn might work with others.

“My friend [who had helped him] had emphasized the absolute necessity of demonstrating these principles in all my affairs. Particularly was it imperative to work with others as he had worked with me. Faith without works was dead, he said. And how appallingly true for the alcoholic! For if an alcoholic failed to perfect and enlarge his spiritual life through work and self-sacrifice for others, he could not survive the certain trials and low spots ahead. If he did not work, he would surely drink again, and if he drank, he would surely die.” And thus, we have the final step of the AA doctrine – “12. Having had a spiritual awakening as the result of these steps, we tried to carry this message to others, and to practice these principles in all our affairs.”

Jerry, when writing I Will Not Be Broken: Five Steps to Overcoming a Life Crisis

, added as his fifth step, “Give Back.” After losing his leg to a landmine during a hike in Israel, Jerry worked to find a way back to stability. He described a comfortable life that includes four healthy children and a beautiful wife. But, he adds, it wasn’t until a young girl in Cambodia with one leg and crutches said, “You are one of us,” did he fully return. By accepting that he was part of the global community of those injured by landmines, Jerry looked for ways to give back what he had learned to that group. Co-founding Landmine Survivors Network, now Survivor Corps, Jerry has worked tirelessly to ban landmines worldwide and help victims to become survivors. A core principle of Survivor Corps is that once you are able to stand again, you must give back to others. Participants become volunteers and guide the way for the newly injured.  What appears selfless is actually a foundational gift for recovery.

Once we have gone through the difficult circumstances, we are admitted to special clubs. Some belong to “children of divorce,” others “survivor of cancer,” “once bankrupt” or “recovering addicts.” Inducted, this becomes one of our communities whether it was welcomed or not. When we accept our membership, we then have the opportunity to return back to the land of the living. On our journey alone through tough times, we pick up wisdom and insight in its dark corners. By giving what we find, we must communicate and connect with the living; thus surviving and proving we were able to overcome and rise above.

As another beautiful friend explained, “I lost two babies consecutively, the first was a still birth in the 38 week of pregnancy and the second died on the second day after giving birth. It was so hard for me to go back to life. Two of my friends gave birth at the same time, and I still see their kids growing in front of them. For a time I hated seeing babies around. I wanted to live in a place where there was no baby. I had to pretend I was okay and people believed it. Then, my aunt, who is 3 years younger than me, gave birth to her third child. The baby had a number of abnormalities and died after three weeks. I was the only person whose support was meaningful to my aunt.

“She many times told me that she drew strength from me and that she had no reason to feel down when she had me in mind. That was a great source of healing to me as well. I felt this [tragedy] did not happen only to ME. I know it is cruel to think like this, but this is how I really got over it. I had been through a lot of strange feelings that I felt ashamed to share, but when I heard my aunt saying the same thing I stopped blaming myself and knew they were so natural. Her loss was a mirror I could see my negative feelings in. Through her experience I tolerated my annoyance at seeing babies. She had the same feelings, and she communicated them to me because she knew I would understand better than anybody else. Without she knowing it she was as great to me as she thought I was to her.”

What have you learned that might help others in similar circumstances? How have you given back to return “home”? I welcome your thoughts.