A favorite game at extended family reunions used to be point out a tribe member and then see who could properly to identify the relationship. My first cousin Charlie was an expert. He would remind me that my kids were his first cousins once removed as well as our aunt due to a great aunt adopting one of our mother’s sisters. I usually was quickly lost when we would play where Charlie could maintain clarity and rattle off the titles of everyone in the room. 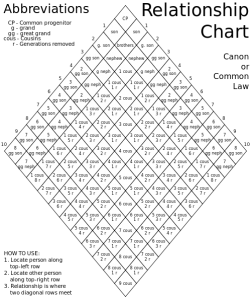 Charlie’s gift has kept on giving this week as I have been muddling over how to decipher and describe conflict relationships. Using my cousin’s logic, you’ve got your first degree disputes: you and another are fighting over something. If it is a business relationship, you and that person might be the named parties on the mediation documents. At home, the two kids screaming in your hallway at each other would be the clear participants in the battle. In these cases, we know the disputants or the “sides.”

Meanwhile, what about the sister/wife/business partner/friend of one of the folks you would name above? How would you name her? And, more importantly what is her role?

In honor of Charlie, I want to give that sister/wife/business partner a title — 1st Disputant Once Removed or 1DOR.  A 1DOR will be anyone who is one step back from a conflict, but connected due to their personal connection to a direct player.

Being a 1DOR is a muddy role.  If your wife is fighting with another, does that mean you are fighting with that person as well? What can you say? Where, if anywhere, are your opinions best spoken? In the case of the two kids screaming in the hallway, what is the best position for the third sibling who was in her room reading?

Sometimes we can stay out of the battle while it is fought and resolved. Our loved ones can fight with another while we listen and stay out of the fray. We might provide a few words of encouragement or support as tempers rise and recede. Conflict brings opportunity, but it is also messy, risky and can be dangerous, so laying low would be an advised strategy here.

Meanwhile, some disputes linger and battle lines are drawn. The third sibling can’t hide in her room forever. Your family feuds with a neighbor for years, do we wave at the neighbor when you pass him in the car?  Who is fighting in the US with the government of Afghanistan?

I met with a friend last week who shared she has been exhibiting symptoms of anxiety seemingly for no apparent reason. It was disconcerting her, but as we discussed the past months, it became clear that her role as a 1DOR for both sides of an ongoing dispute had been wearing her down. She can’t escape the enduring conflict, she has little power to resolve it and doesn’t want to take sides.  As I listened, I wondered when my 1DOR status has adversely affected me without my conscious awareness? Stepping back, I was struck by how often I have been a 1DOR as a sister, mother, wife, friend, employee, community member and citizen. This called me to consider more deeply how I can best play in that role.

In my next posts, I will cover how we might naturally react as a 1DOR given our default conflict styles and an ancient Hindu practice upon which we can draw for support.